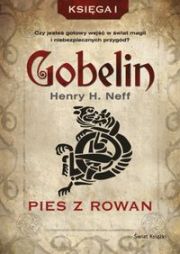 Well, here I am – living, breathing, sleeping, and writing in the Big City. New York is a far cry from San Francisco or even Chicago. Altogether busier, which is both good and bad. Good in the sense that there’s an incredible, inspirational crush of energy, cultures, noise, sights, and even smells. Bad in the sense that there are times when you’d like to turn all of that off and just be.

Fortunately, I’m living in Brooklyn in a leafy neighborhood called Park Slope. Lots of cute restaurants and cafes to explore when I can emerge from the packing boxes. Lest you think I’m ignoring Max McDaniels, however, I can assure you that I am not. In fact, here are some updates on the series generally and The Fiend and the Forge specifically….

The series continues to do well (as I’m assured by the powers that be at Random House) and I’m hopeful that more readers will continue to discover it around the world. I’ve just received copies of the first book in Italian, Polish, and Romanian, which is very exciting. It’s always intriguing to see the different covers and titles. Some are very similar to the English language versions while others strike out into new territory. I use Google’s Translator to keep up on reviews and such, but it’s a hit or miss proposition. Some phrases translate fairly seamlessly while others approximate something along the lines of “Max, Rowan Dog fearless attack tapestry monsters fantastic!” If you’re an entrepreneur, I’d have to think there’s a business opportunity there….

Regarding The Fiend and the Forge, we’re still planning on a March 2010 release date. It’s an incredibly exciting book to write and will be the biggest yet in the series (not only in terms of pages, but the scale and pacing of the story). Here are a few more spoilers to whet your appetite!

Also, many readers have been inquiring if there will be any character sketches/profiles on the website. There will be soon, I promise!