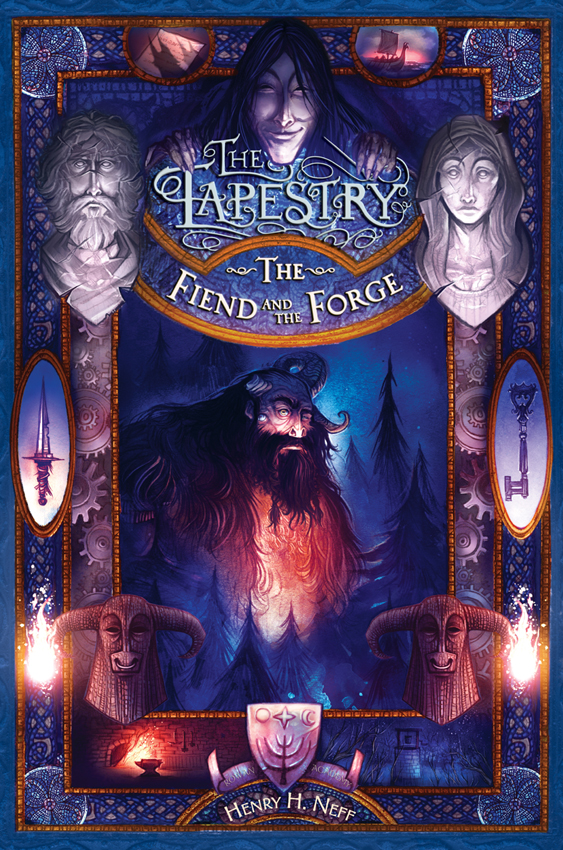 Ah yes…delays, delays. By now, you may have heard that the publication date for The Fiend and the Forge has been pushed back to September 2010. I know that’s disappointing for some and I wanted to use this forum to explain why it’s happening and why it isn’t such a bad thing.

The reason for the delay is fairly straightforward. The Fiend and the Forge is simply a considerably bigger book than either The Hound of Rowan or The Second Siege and thus it requires more time to write, edit, and illustrate. Readers of the series know that the second book ends on a fairly major cliffhanger and thus the third volume really challenges the writer (me) to explore what a world might be like under such different and dire circumstances. This requires me to explore not only Rowan’s recovery and adaption to the new order, but what is happening around the world at large. What’s happened with the Witches? The Frankfurt Workshop? What kind of culture do demons have? What other things have slipped back into the world or emerged from hibernation now that mankind no longer holds sway? What happened to the people outside of Rowan? These are big questions and require a certain amount of exploration and balance as we continue on Max’s journey.

In the past some readers and critics have observed that they would like to see certain situations, plot threads, or characters fleshed out in greater detail. It’s a fair point and a difficult challenge as I seek to create a fantastic world through the eyes of an extraordinary boy. I know that many readers would like to have spent more time in a Rowan field office or in the Sidh or even in the classroom with Max and his friends. As an author, the idea that people want to spend more time, not less, in your world is a nice problem to have. It’s also a fair criticism and thus I’m trying to indulge a few more scenes in the book that shed light on The Tapestry’s settings and characters. As always, it’s a balancing act between description and narrative. Hopefully, I’ll hit upon an appealing mix.

So, we’re dealing with a more grander, more complex story, but we’re also dealing with the realities of a publishing house. Publishers tend to release books in cycles. If a book is scheduled for a particular release date or season, then the publisher needs the finished manuscript and art in their hands by certain deadlines so it can go through story editing, copy editing, design, etc. You can squeeze these deadlines, bully ’em, etc. but you really run the risk of a compromised product. Once a book is out there…it’s out there. You can’t say “Ooh! Let’s run back and change this or rephrase that or take another crack at that drawing….” The published book is set in stone and I’d much rather take the time to do something right, then rush things and deliver a sloppy work that doesn’t meet the reader’s expectations, the publisher’s, or my own. I’m very fortunate that my publisher believes in me and the series and is willing to accommodate a different schedule.

So, I hope you can be patient. The Fiend and the Forge is shaping up to be the best of the bunch – a truly epic, moving story that sheds lots of light on demons, vyes, Rowan’s back story, and even our mercurial, mysterious David Menlo. I really do think you’ll enjoy it!