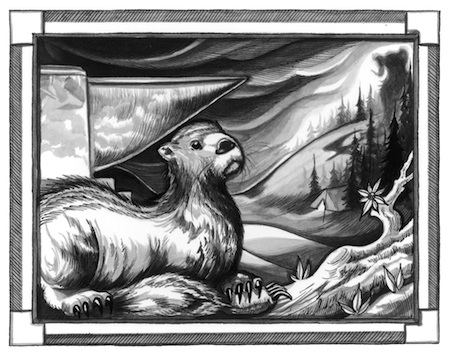 Fantasy writers are bound only by their imaginations and can choose their world, its characters, and even the rules by which their world operates. While the writer has complete flexibility, he or she does have to take care that their world and story have credibility and emotional resonance. This is particularly important as a context for major scenes involving serious setbacks or even the deaths of major characters.

Some authors like to play it safe and within their work there’s rarely a sense that the characters are in real danger, that laws of probability (or even physics) apply, or that the bad guys are playing for keeps. These examples are often aimed at a younger audience. I like to call this “A-Team” fiction in homage to the 80s television show in which no one ever hits their target, people dust themselves off after horrific crashes, and the villains have had their claws removed. There’s nothing wrong with this approach, but if you want to craft a truly epic storyline, it’s going to be hard to maintain credibility. This approach is better suited to solving “Haunted Amusement Park” capers….

Other writers occupy a decidedly bloodier side of the spectrum. The scale of their story/world is enormous, the stakes are epic, and the body count of characters major and minor becomes a rounding error (Game of Thrones, anyone?). While some label this style as “realistic”; the writer still has to be careful that their use of violence doesn’t become gratuitous or undermine a reader’s sense of proportion or trust. Proportion is violated when the line between life and death becomes so comically thin, that each loses its significance. For example, in James Clavell’s Shogun, peasants and entire villages are exterminated after even minor breaches in etiquette. At some point, I was left wondering who would be left to work the land and harvest the crops. While it’s a little depressing when wholesale slaughter happens to a story’s strangers, it can sap a reader’s trust when it applies to major characters. This is dangerous because readers may believe the author has wasted their time investing in characters that were unceremoniously removed or killed off. There can be a “Gotcha!” factor that gets tiresome and readers may well lose interest in the story.

In The Tapestry, I try to strike a balance. The stakes are certainly big and characters (including some major ones) lose their lives along the way, but I also try to ensure that each loss has purpose and poignancy. Difficult scenes should have a lasting impact and it’s my belief that if I’ve done a good job building a bond between the character and the reader, there’s no real need to embellish the prose. I’m supplying the action, the reader will supply the emotion. Less is often more, and it’s far more effective to describe a difficult or emotional scene in simple, unflinching language than to overwhelm the reader with maudlin detail. Unnecessary words dilute the moment.

Ultimately, it’s all about punch. Does the scene have real punch? Does it elicit a deep and genuine reaction from the reader? If it doesn’t, I need to ask myself whether the world I’ve created is to blame (e.g., characters die so frequently that the reader is cynical and/or numb) or if I have treated the scene with a moving mix of pacing and language. Here are some guidelines I try to keep in mind when tackling these critical junctures in the story:

1. Simple facts are powerful
2. Understatement > overstatement
3. Don’t let readers or POV character emotionally process the moment as it’s happening. Save that for later. Strive for immediacy.
4. Respect the investment your readers have made in the character (i.e., don’t be glib with lives)
5. But be true to the story and the world you’ve created (i.e., bad things happen; good guys don’t always win)
6. Unexpected use of beauty and even humor can be effective

Hope that helps you create some powerful scenes in your own works — even if they choke you up (I’m still getting over Nick!)