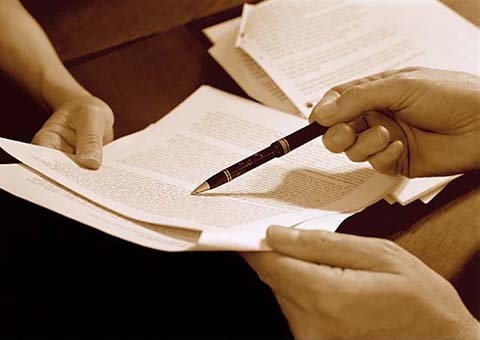 One of the most important things any writer or artist can do is reflect upon their work, recognize what’s gone well, and — more importantly — what they have learned and would do differently if given the chance to tackle the project again. After all, almost any major creative endeavor has its learning curve and even the most talented and seasoned professionals inevitably miscalculate and make mistakes — errors of substance or style or some combination thereof. As a novice author, I’ve made more than most and hope that you can benefit from my experience. Here are three aspects of The Tapestry’s story and structure that a more veteran me might have handled differently.

PERSPECTIVE:
Perspective, or point of view, is the vantage from which readers get to see the world and story you’ve created. In The Hound of Rowan, I set an unwise precedent by telling the story entirely from Max’s perspective. This was a rookie mistake and probably my greatest headache when it comes to writing the series. While seeing the story from Max’s point of view brings us closer to Max, it also limits our opportunity to experience the world and advance the plot through other characters. As The Tapestry expanded from one book to three and then five, there have been moments when I would have welcomed the chance to write a chapter or scene from Ms. Richter’s view or David’s, or even a vye or demon’s. Not only would this give me greater flexibility and open new possibilities, there’s also the simple fact that it would be fun. There’s a very good reason that authors of vast, epic stories tend to use an omniscient narrator — the story has many settings and moving pieces and the reader is best served if he or she can follow the action through multiple characters rather than a single lens. Perspective is one of the most important decisions an author can make and I hope you’ll be more thoughtful about your selection than I was about mine.

THE POTTER PROBLEM:
Poor Max is besieged by comparisons to Harry Potter. That’s the risk you run when your story involves a boy attending a magical school while the world’s most famous boy-wizard is finishing up at Hogwarts. While some have accused me of simply penning a Harry Potter clone, those accusations don’t really hurt my feelings. After all, I know that The Tapestry is not a Harry Potter clone and have yet to meet anyone who has actually read my series who would say that it is. But the perception exists and that is a problem. Because of that perception, some potential readers may never dive into The Tapestry because they fear it has nothing new or unique to offer.

Granted, some of this is inevitable. Given the popularity of Rowling’s work, almost any book involving a boy who discovers he has magical powers and goes off to a special school is going to be lumped in with Harry Potter. That said, I could have been less naive about the comparisons that people would make — Max’s initial age, the fact that he has dark hair, that he receives a letter to attend Rowan, etc. I should have had the good sense to err in a different direction wherever a superficial comparison might be made. While I’m confident this would satisfy every reader (there are some who stubbornly insist that boarding school stories, magical schools, orphaned heroes, and evil wizards originated in 1997) it might have made cheap and easy comparisons a little less cheap and easy. In these busy times, people want a quick synopsis of their prospective entertainment and are looking for ways to compare that synopsis to works they’ve already seen, read, or heard. If you’re a writer, make certain that a summary of your work (i.e., your elevator pitch) has something that can strike a quick chord of uniqueness. While I certainly think The Tapestry has a unique combination of elements (i.e., science fiction, mythology, the Frankfurt Workshop, historical events, a fantasy world built on the ruins of the world we know…) it takes a real conversation to convey these and impatient readers might not afford me that time. The series requires readers to make an investment and, while I think they’re well rewarded, it might be expecting too much of a mass audience to hope that they’ll stick around long enough for the story’s individuality to unfold.

So, does this mean you have to abandon your vampire-werewolf love triangle or children-as-gladiatorial-entertainment novel? That depends…are you comfortable being lumped in with Twilight or The Hunger Games? Can you give your story such a unique setting or twist that readers will quickly overlook the initial similarities? If the answer to either is “no”, than you might want to revisit some aspects of your story’s premise.

STANDALONE STORIES:
The structural inspiration for The Tapestry was J.R.R. Tolkien’s The Lord of the Rings. Tolkien’s trilogy is essentially one big story that is subdivided into multiple books. One would not read The Return of the King (Book 3) without having read its predecessors in sequence. While I took this approach to The Tapestry, in hindsight it was a mistake and that I would have been better off constructing each novel so that it fit within a broader narrative but could also stand alone as an independent and enjoyable story. Here’s why:

1. Many readers like (and expect) a reintroduction to characters, settings, and story lines to refresh their memories
2. If enjoying Book 2 requires one to have read Book 1, your audience for Book 2 is likely to be capped at the number of people who have read Book 1. You’ve already set your ceiling.
3. If the series is really intended to be read as one grand story, then you need to ensure that books are released either all at once (as Lord the Rings was) or at short/regular intervals. Otherwise you run the risk of readers getting impatient or simply forgetting about your series in-between book releases.

I came to this realization when The Second Siege was published. In that book, I provided almost no context or reintroductions to characters as I assumed that readers would be fresh from The Hound of Rowan and that it would be redundant and even annoying to remind them what a lymrill was, who Max McDaniels was, etc. This was a mistake, as I encountered comments (even official reviews from respected publications) in which it was clear that the reviewer had not read The Hound of Rowan and was consequently struggling to make sense of the sequel’s characters, settings, creatures, etc. While I might argue that a reviewer (especially a professional one) should probably read the preceding book(s) in a series, it was a good lesson that not everyone will approach your work in the way you might envision or hope. Some reintroductions and context can go a long way toward expanding your reader base and ensuring that latecomers to your series can enjoy your books independently or even out of sequence.

So there you have it — three things I might change if I could turn back time and take a second crack at The Tapestry. I hope they’ll be helpful to you as you plan and embark upon your own creative projects. Do these keep me up at night? Not so much. I’m very proud of the books as they are and view these little revelations as a natural and healthy component of creative growth. That said, I’ll certainly apply what I’ve learned to my next projects (stay tuned!) and lifelong quest to produce the very best work of which I’m capable.