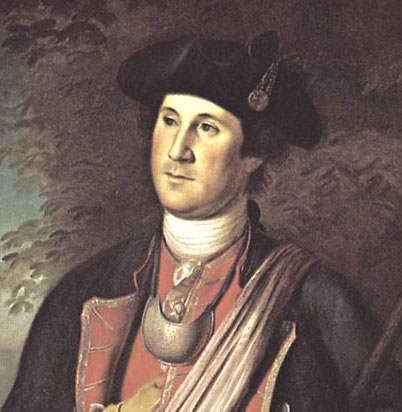 SPOILER ALERT!!! If you have not yet read The Red Winter, you may not wish to continue reading this entry. I will be referencing events that occur toward the end of the book and I don’t want to ruin anything for you. If you’ve made it all the way to the end of Max’s journey, however, continue on a little further for the inspiration behind Max’s trials…

As some of you know, I used to teach history, specifically U.S. history to high school students in San Francisco. One of the things I really tried to stress to my students was how extraordinary the American Revolution was — not as a military conflict, but as an unprecedented historical phenomenon. Colonies almost inevitably revolt, but this uprising was different — philosophical ideals played a key role in addition to the usual grievances against poor treatment and oppression. One of these ideals was the notion that power was not always a good or desirable thing, that it was exceedingly dangerous and must be dispersed and diffused lest it lead to tyranny.

But of course, these were just ideas, meaningless unless put into practice and embodied by those who professed to believe in them. That’s where George Washington comes in. Washington is often lionized for the wrong reasons. People tend to think he was a great military commander, but he wasn’t (much of his campaign was spent trying not to be captured). His natural gravitas and the respect he commanded was certainly important — it was said no other man could have possibly held together thirteen disparate colonies — but I would maintain that his greatest contribution came after the war and after the ineffective Articles of Confederacy were scrapped in favor of a Constitution that called for something called a “President.”

To many, this president sounded suspiciously like a king. So much so, in fact, that many leading figures from the Revolution refused to support the new government. When Washington was unanimously elected to serve in the role, skeptical observers in America and Europe sat back and waited for him to remain in the office forever, to become a de facto king.

It did not happen.

In fact, when King George III (the very monarch Washington fought a war against) heard that Washington intended to resign his office after eight years, he made this simple but remarkable statement: “If he does that, he will be the greatest man in the world.”

That statement has always moved me profoundly – the idea that a person’s greatness stems not from the power they’re able to amass, but from the power they’re willing to surrender for the common good. This country has many problems and the political divide is as rancorous as it’s ever been, but we have the tremendous privilege of being able to assume that power will be transferred peacefully (if not amicably) when one person or party uproots another. Americans take it for granted, but it’s actually an incredibly rare phenomenon throughout recorded history. King George III was right to be both stunned and impressed — people don’t just give up power! But Washington did, and we’ve been the beneficiaries ever since.

In THE RED WINTER, this is the dilemma that faces Max McDaniels. As Scathach warns early on in the book, one should never invite a god into the mortal world. To do so risks disaster for it is their inherent nature to shape and rule and master. That temptation consumed Astaroth ever since he entered this universe. And it nearly consumes Max, particularly when he is goaded by the Morrigan. For me, Max’s greatest achievement in The Tapestry was not destroying the Great Red Dragon or even slaying Astaroth; it was maintaining a hold (however tenuous) on his humanity. He remained “our Max” long enough to surrender the Book of Thoth to David and take leave of this world before he became a danger to it. The warrior learned wisdom after all, and demonstrated qualities that will someday make him a fitting ruler of the Sidh…

I hope you enjoyed THE RED WINTER and The Tapestry series. Thank you so much for sharing this journey with me.