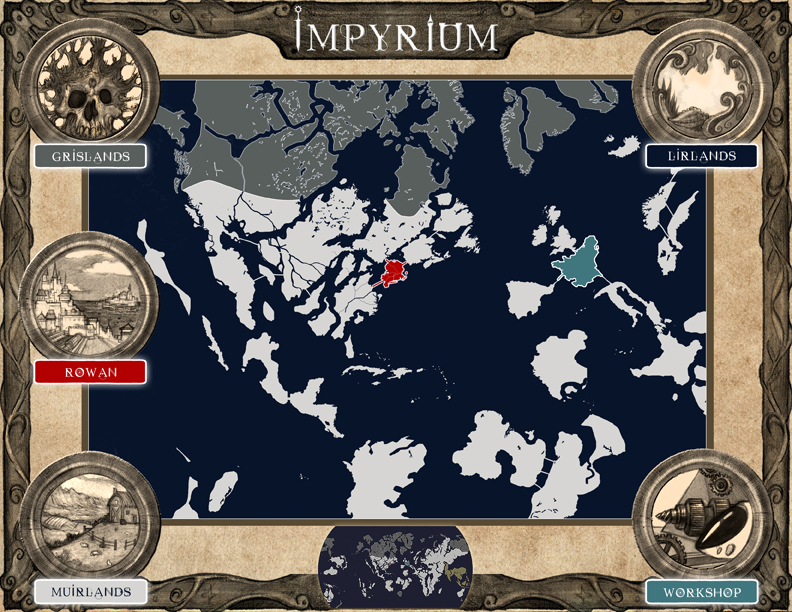 Hazel Faeregine would like to trade places with you. She would like to trade places with just about anyone. Life is complicated enough at twelve without being born a Faeregine. The very name is synonymous with power, a dynasty of “Divine Empresses” that have ruled Impyrium for over 3,000 years. Faeregine magic is strongest, their coffers deepest, and they alone possess the Lirlander Seals and Otherland Gates, which allows them to control travel across this world…and even into others. Whenever Faeregines enter a room, all eyes turn to them…

Which is why Hazel would like to swap places. Everyone expects a Faeregine to be beautiful and commanding, whereas Hazel is pale as milk, shy as a shadow, and has no idea how powerful she is. One of her sisters wants nothing to do with her, much less children from the other Great Houses. Hazel barely survived childbirth; how can she possibly survive the Impyrial court brimming with schemes and intrigue?

In a perfect world, Hazel would slip away from Rowan’s shores and set sail for some distant land where she might become somebody — anybody — else. Naturally, she would invite Dame Racha to join her. Her tutor had practically raised her and was the only one who believed in her potential. The vye even insisted that Hazel had more of the Old Magic in her than both her sisters combined. It was very sweet, even if Hazel knows it isn’t true. When the two set sail, perhaps they would bring that Muirlander boy along. Racha would not approve, but Hob was kind and funny and the gods knew Hazel would need at least one servant. She might despise royal life, but even a reluctant Faeregine could not be expected to cook or wash her own clothes. And despite his rough edges, Hob was capable and knew when to shut up. Yes, he could come along too.

But of course this is all just a silly daydream. Hazel Faeregine is third in line for the Impyrial throne and isn’t going anywhere — especially not when the Empress is growing frail, rival houses are conspiring, and assassins are lurking in the palace and Old College. Hazel might be a royal afterthought, but she understands that the dynasty is in danger and that her family’s survival requires the help of every Faeregine. Even the last of them.