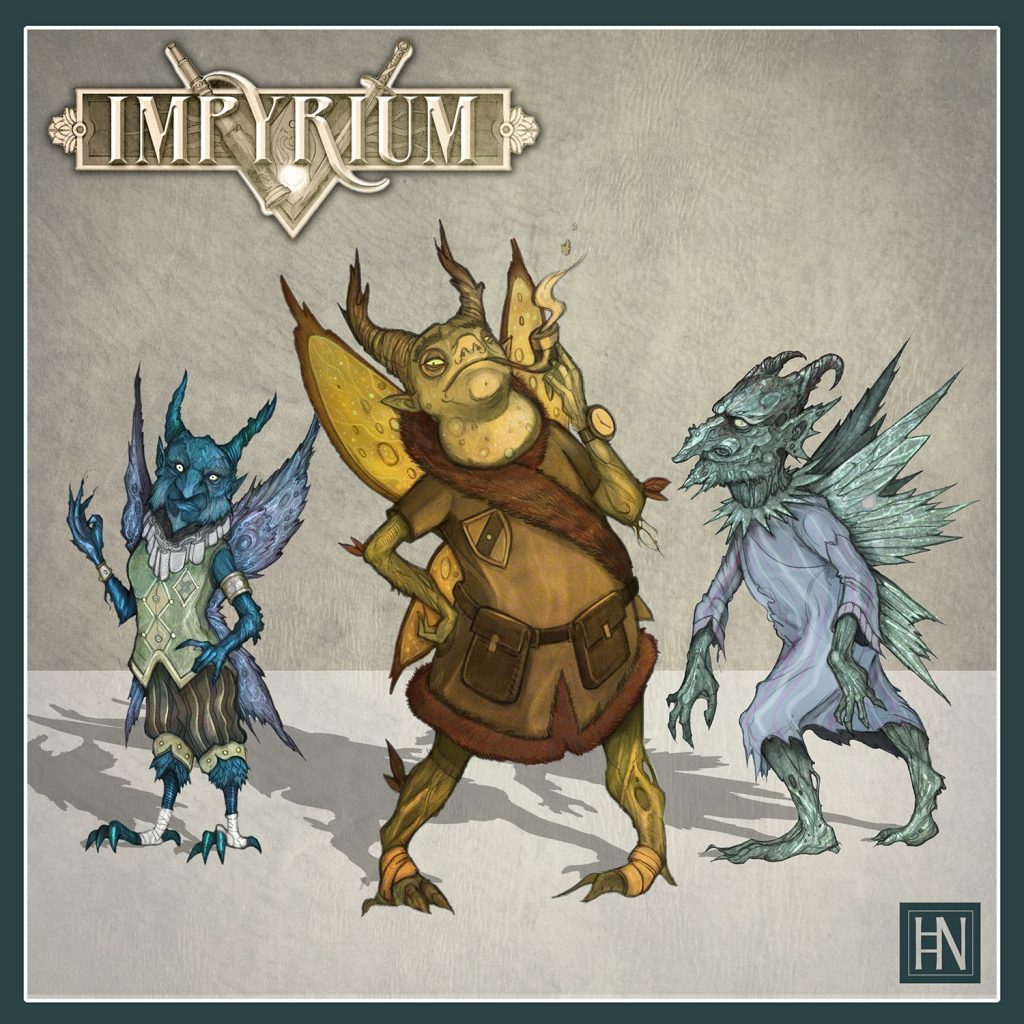 One of my favorite additions to the world of Impyrium is the homunculus, a type of creature that serves as familiars to the mystics, sorcerers, and mehrùn aristocracy. Among the various domanocti – “night servants” – the homunculus is both the most common and unique. The secret behind this apparent contradiction can be found in their weird and wonderful origins.

Bred through alchemy, homunculi are Impyrium’s little Frankensteins (or Frankenstein’s Creature if we’re being sticklers). While a mandrake root serves as the creature’s body, any number of ingredients can impact its appearance, temperament, and abilities. Even the season and manner of the mandrake’s harvesting can play a role. With so many factors and useful outputs, it’s no wonder that many mystics and alchemists have taken an interest in the creatures. Careful breeding has produced homunculi of great value to their masters, but there are risks as well—mutations such as the repulsive, predatory dwimorleech whose appetite for magic is nearly insatiable.

Despite these dangerous outliers, the breeding of homunculi continues. After all, who wouldn’t want a ready helper who can help in your research, run errands, allow you to see through their eyes, speak through their mouths, or even channel spells through their small and infinitely varied bodies? All your homunculus requires are some clothes, a measure of kindness, and a wee bit of magic to sustain them. If the idea of a creature leeching some of your mystic energy frightens you, you can always use a lunestone instead. Naturally, that will prevent your homunculus from bonding with you and this restrict its usefulness, but the relationship will be less…vampiric.

As we plunge deeper into Impyrium’s story, we’ll be learning more about homunculi. In many ways, Hazel’s companion, Merlin, is a fine example of the species — quiet, helpful, and far more interesting than he might appear…