Here’s a fun little sketch involving Mum taunting Bob whilst wearing a turkey on her head. When sketching, start simple and layer in details along the way. Happy Holidays! 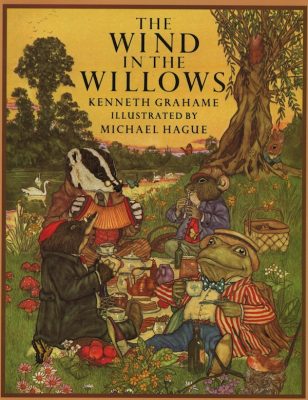 The holidays are a particularly magical time of year — a stretch of quiet, lazy days with frost on the windowpanes. Perfect reading conditions. For me, the holidays are a period when I like to revisit some favorite books and stories. Here are some of my seasonal favorites: 1. The Wind and the Willows by Kenneth Grahame – the perfect […]

Henry discusses “Hook, Line, and Sinker” — his approach to developing characters for The Tapestry. 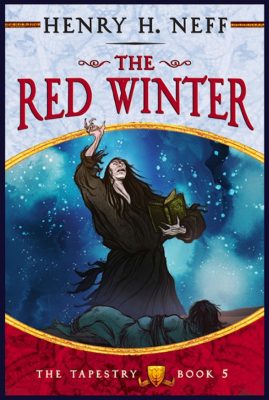 I’ve been receiving lots of questions about The Red Winter’s release date. This is understandable since an end page in The Maelstrom boldly proclaimed that it would be out in October 2013. Alas, October has come and gone and yet no Red Winter. The truth is that I’m not yet finished with the book. While I have a sizable manuscript […]

I receive many emails from fellow writers who want to get their work published. I’m often asked how this process works and what “secrets” I can share. While I’m short on trade secrets, I’ll address the topic as best I can. Keep in mind that my take is simply that — my limited and imperfect perspective on an involved and […] 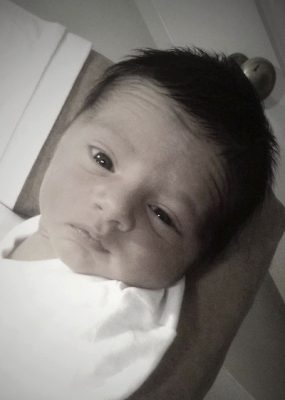 The Neff family is proud to welcome James Henry Neff to the family. James was so impatient to read a draft of The Red Winter, he decided to arrive 5 weeks early. Needless to say, he was quite a surprise and triggered a mad scramble as mom/dad headed off to the hospital and a bewildered Charlie was left in capable […]

Some readers were kind enough to lob in a few questions via Facebook. Here are their answers. 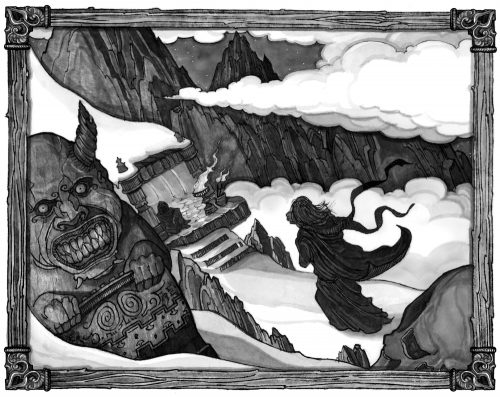 Prologue The Witchpeaks are the tallest mountains in the world. At one time they were called the Himalayas, an “abode of snow” in ancient Sanskrit, but no longer. That name — like so much else in the world — had changed when Astaroth came to power. Although the mountains were still wreathed in snow, they were now named for their […] 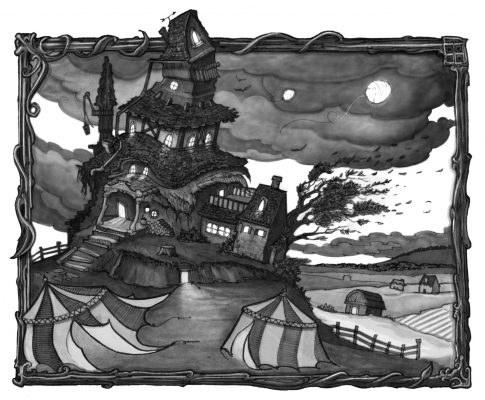 What happens when haglings receive their names? You get a whole bunch of hags from miles around. That’s what we’ll be seeing at Shrope Hovel in The Red Winter. Let the hijinks ensue! 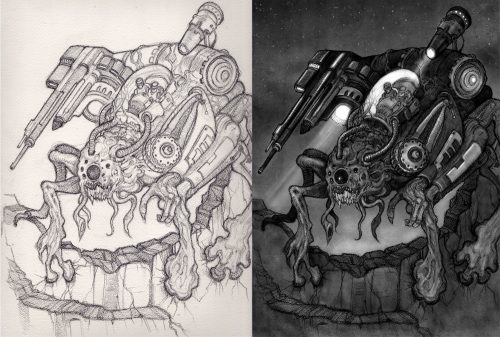 Here’s the original pencil sketch and a more complete concept for a Workshop gargoyle that we’ll be seeing in The Red Winter. Some similarities to the dreadnoughts we met in The Maelstrom, but if you notice the human operatives, you’ll know that Prusias isn’t trusting his machines to any more imps!